It’s been behind some of the biggest business successes in the world.  It’s what gives some companies the edge over other companies.  It’s what businesses need in order to get ahead in an increasingly competitive business climate.  And at SmartMarketing Communications it’s what we do best.

Creativity. Insight. Talent. Passion. And a staff that, every day, provides the smart thinking — and solid results — that help you rise above your competition. See why our professionals are different. Then see the difference that our experienced smart thinking – and SmartMarketing — can make for you. 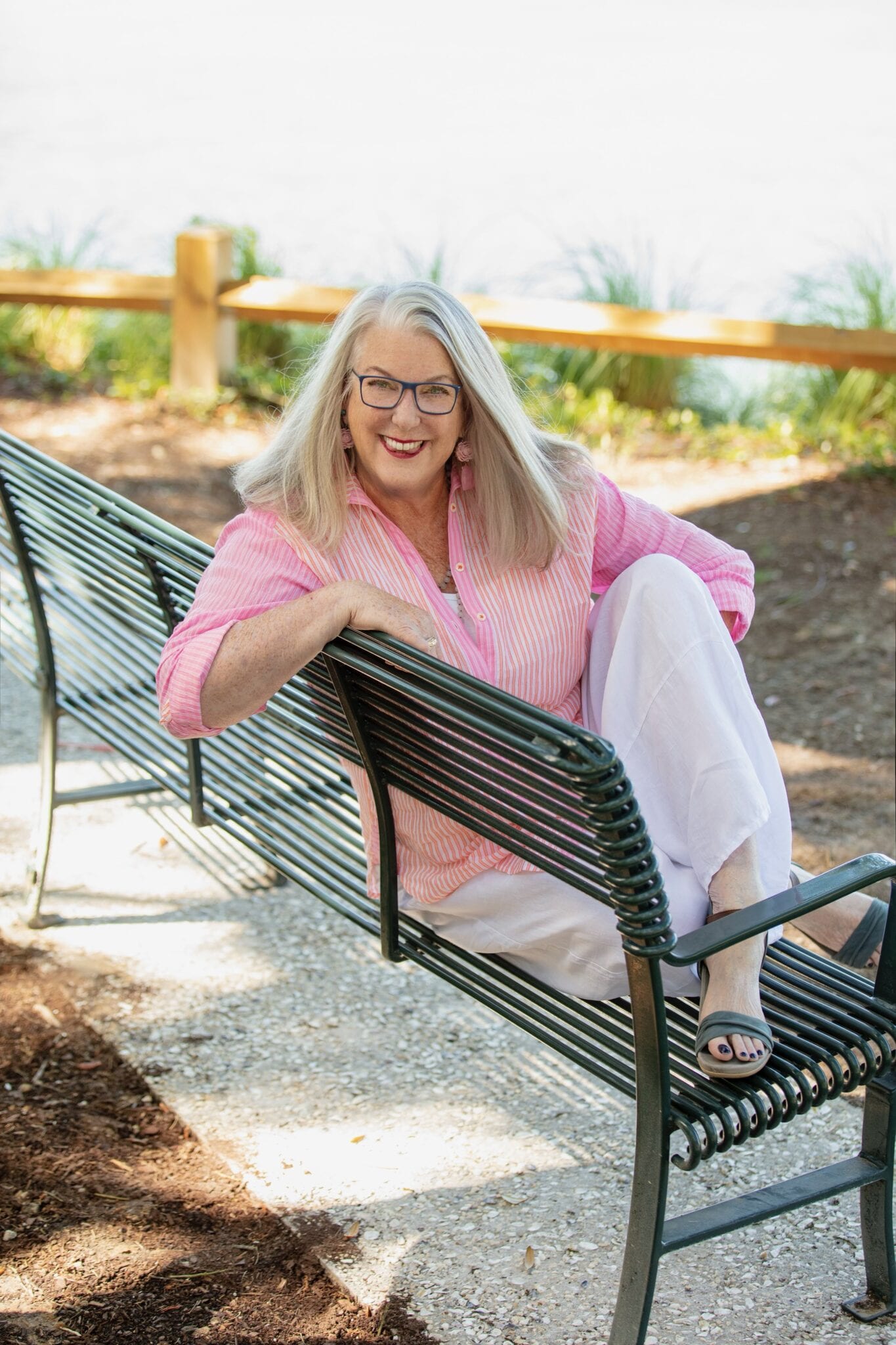 Lucy Rosen is a nationally renowned business strategist, entrepreneur and author who is known for her ability to help professionals grow and expand their businesses through effective marketing, public relations and networking activities.   For nearly three decades, Lucy has been helping clients build powerful strategic alliances to enhance their businesses, and is considered by many to be a visionary in creating and expanding business opportunities through innovative marketing campaigns — and the power of networking.  She has been recognized both locally, and nationally, for her business leadership, and has served as a speaker at events throughout the country on a variety of topics surrounding marketing, business-building and networking.  In addition to her latest book, Fast Track Networking; Turning Conversations into Contacts, she is the author of a series of business “how to” booklets for women, and writes for both women’s and business publications.  Known for her business leadership and having earned the reputation as “The Queen of Networking”, she is frequently interviewed by the media, and has been quoted and featured in numerous national and local press outlets, including The Wall Street Journal, Working Mother, Pink Magazine, Newsday, Martha Stewart Radio, Long Island Business News, Networking Magazine, the Albuquerque Journal and Albuquerque The Magazine. Awards and Honors

What do you consider your greatest accomplishment professionally? Personally?

My greatest personal accomplishment was writing Fast Track Networking, Turning Conversations into Contacts and having a publisher publish it before I turned 50! My greatest professional accomplishment (thus far) has been keeping a very talented group of people together that are the best at what they do to allow SmartMarketingCommunications to thrive.

What is your favorite movie?

My favorite movie is Shrek (1)

Who do you most admire (living or dead) and why? Admire?

All single mothers that don’t give up, And don’t give in- All women entrepreneurs that have a dream of owning their own business and the ones that actually go for it.

You are stuck on an island and can have only one meal for the rest of your life and one possession–what are they?

The same meal every day? I think it would have to be special k with berries – and milk- my one possession would need to be a camera with unlimited storage space.

What would you attempt to do if you knew you couldn’t fail?

If you weren’t in PR and Marketing, what would you be doing?

What else is there? 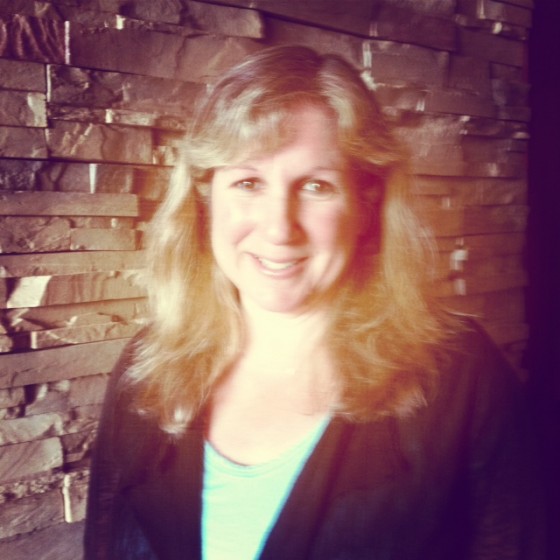 Ellen Linnemann has more than 25 years of public relations experience and has been an instrumental member of a number of leading public relations agencies in the New York area. In her most recent position before joining SmartMarketing Communications. Ellen was an Account Supervisor at Porter Novelli Public Relations in Manhattan. She has written and developed consumer brochures and other key collateral materials for clients such as SmithKline Beecham, Glaxo, Inc., Novartis and Pfizer. In addition, she has orchestrated numerous successful press conferences, media tours and other special events to generate both nationwide and local publicity for her clients.  Ellen’s experience has covered all aspects of developing and implementing public relations campaigns for major consumer, healthcare and business-to-business clients. Her experience includes speech writing, spokesperson training, product campaign launches and coalition building with key third-party organizations.

What do you consider your greatest accomplishment professionally?  Personally?

My greatest professional accomplishment was, early on in my career, having been part of the team which won a Silver Anvil award from the Public Relations Society of America (considered the public relations profession’s most prestigious honor, and the “Oscar” of the PR industry) for a national campaign we created on behalf of the American Egg Board to communicate the value, and safety, of “the incredible edible egg.”  Personally, my greatest accomplishment came when I realized that I could help a community member in need through my public relations skills and and contacts — and, as a result of my outreach to the local media to help a little boy with a rare cancer in need of a bone marrow transplant, literally hundreds of people lined the streets for a Bone Marrow Registry drive to  to see if they were a match.  In addition, my greatest personal accomplishment is having raised two bright, dynamic and talented daughters — who both seem to have somehow inherited my love of writing and communications and who are planning to enter the field!

What is your favorite movie?

1987’s Broadcast News — not because it centered around the world of journalism and the news industry, but because nothing is funnier than the sweating scene with Albert Brooks.

Who do you most admire (living or dead) and why?

Like many women, I truly admire Hillary Clinton for her leadership, intelligence and for the positive role model she has been for so many women in showing the world that you can truly “have it all.”  Most of all, I admire her for having done such an amazing job as a mother and keeping Chelsea out of the media spotlight, and on the right track, while being in the public eye.  It’s hard enough raising teenage daughters today — I can’t imagine doing it while being part of the most high-profile family in the country at the same time!

You are stuck on an island and can have only one meal for the rest of your life and one possession — what are they?

For my possession, it would have to be my laptop.  And for my meal, two California Rolls and a Spicy Tuna with Crunch roll.  Oh, and anything from Seasons 52.

What’s your favorite quote? “Never let the fear of striking out keep you from playing the game” — which, I think was a Babe Ruth quote, but which was later quoted in A Cinderella Story!

If you weren’t in PR and Marketing, what would you be doing?

Writing for The Daily Show with Jon Stewart or Saturday Night Live.  Or working on the next great American novel. 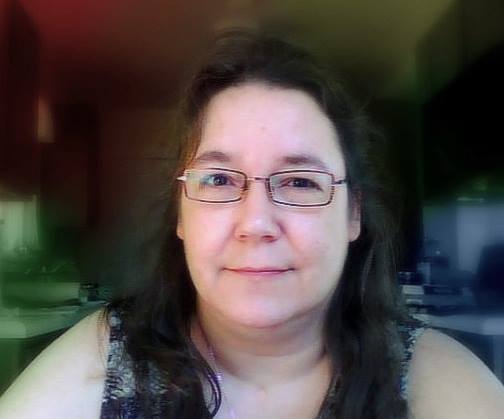 At present Kathy Bunn has 20 years in the industry as a web designer and graphic artist. She successfully created art departments for her last 2 employers which serviced over 300 clients with custom graphic work for their products.

As well she has designed and overseen 600 websites both for employers and their clients. Kathy has also created extensive advertising campaigns for major companies, using a multitude of resources including the internet, magazines, PowerPoint presentations, newspapers, and brochures.

She was awarded in 2019 “Best In Show” for booth design at the Vape Expo at the Miami Beach Convention Center. 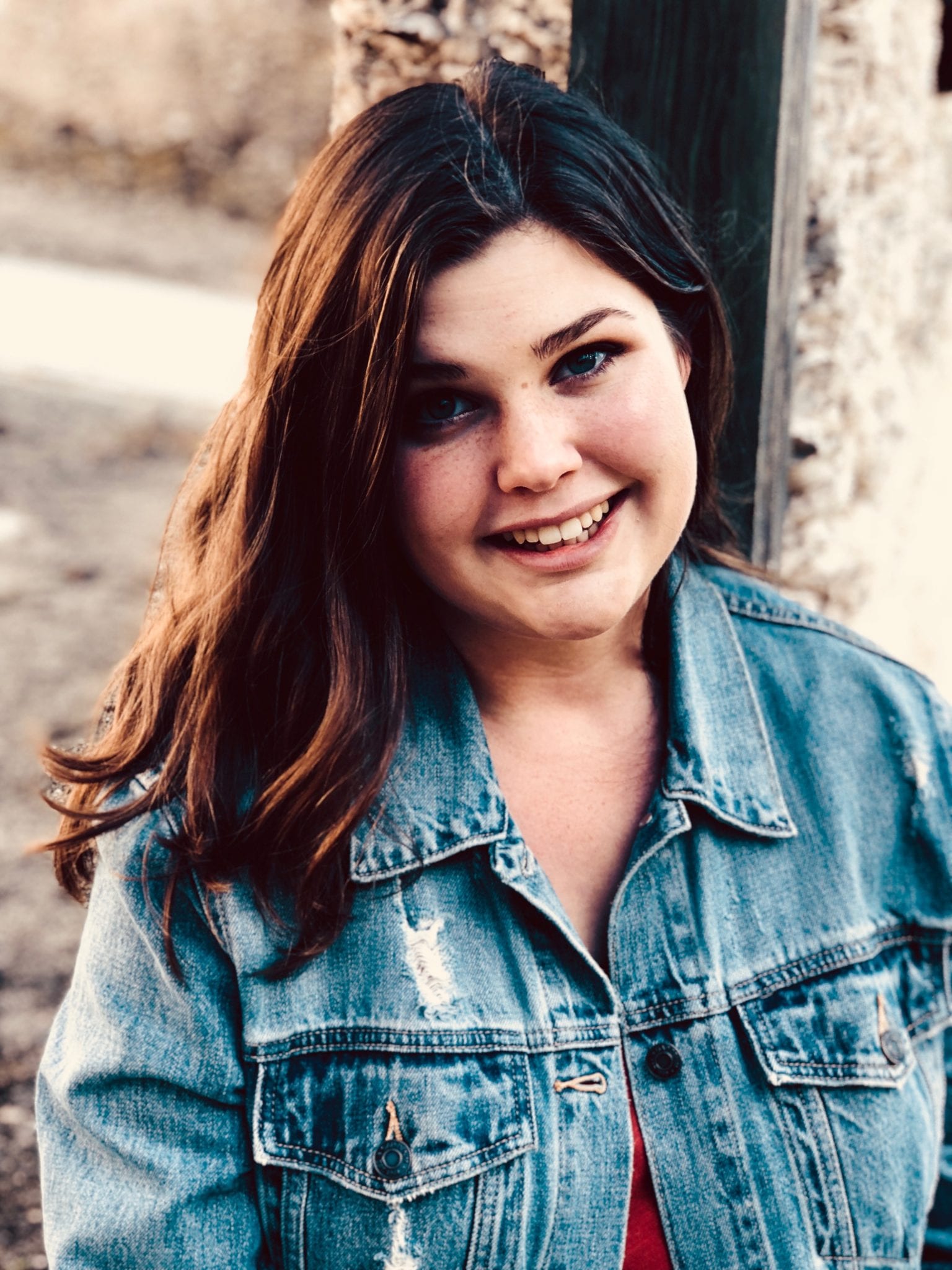 Hannah Massen is a content creator at SmartMarketing Communications, a full-service marketing, public relations, and creative agency based in Bluffton, South Carolina. As an avid writer with an interest in technology, she creates blog posts, newsletters, and social media content to build brands’ digital presences, one post at a time. Her clients have included:

A variety of award-winning restaurants and personal chefs

A business incubator and other B2B firms

She is also a contributing writer for Local Biz Magazine, a quarterly business publication for professionals in the South Carolina Lowcountry. Since founding the magazine in conjunction with SmartMarketing and Local Life Magazine, Hannah has had the opportunity to publish articles in other Lowcountry publications, including Local Life and CH2 Magazine.

Hannah received her B.A. in strategic communications from the Elon University School of Communications, which is in the top 5% of national communications programs. In the summer of 2021, she had the opportunity to intern at Goldman McCormick Public Relations, which was named one of the top-50 agencies in America by Forbes Magazine. 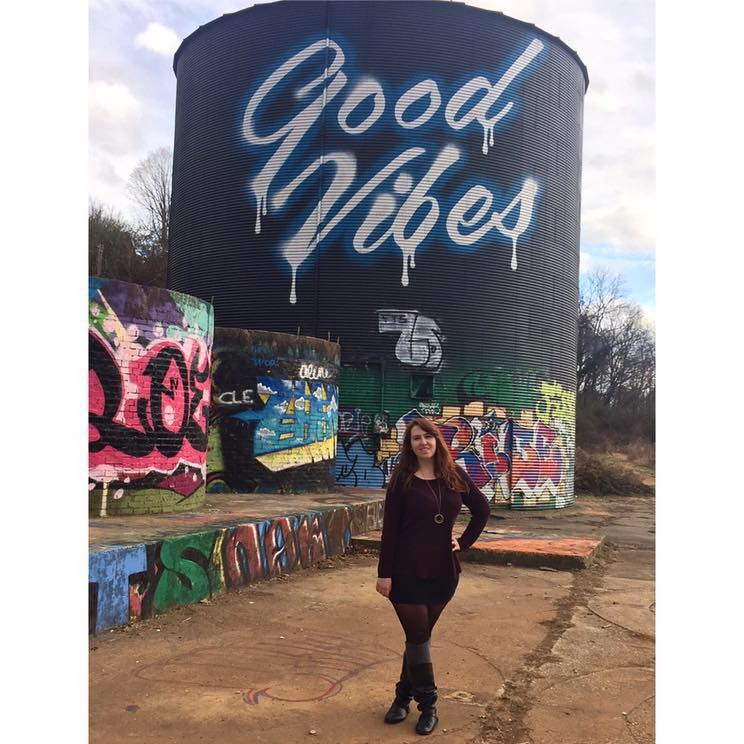 What do you consider your greatest accomplishment professionally? Personally?
My greatest accomplishment would have to be my trip to South Africa. I was personally interviewed and hand selected from a pool of applicants to travel to South Africa and lead a life empowerment retreat for the South African youth. In this retreat, through exercises, talks and group activities, we had the teens learn and use tools to emotionally handle the hardships that face them from the HIV crisis in the region, as well as discussing safe sex. We strove to provide them with leadership skills to enable them to grow into the adults their communities desperately need.  It affected me emotionally, but it also gave me a whole new understanding of what is important in life and who I want to be in this world.

Who do you most admire (living or dead) and why? Admire?
Honestly it’s so cheesy, but I really admire my mother.  She raised me on her own and has given me everything that I need and want in this world.  Plus she runs her own business which I think is pretty cool.

You are stuck on an island and can have only one meal for the rest of your life and one possession–what are they?
The biggest steak and baked potato.  Possession I would have to pick two, my dog and cat.

If you weren’t in PR and Marketing, what would you be doing?
Traveling the world and taking pictures. 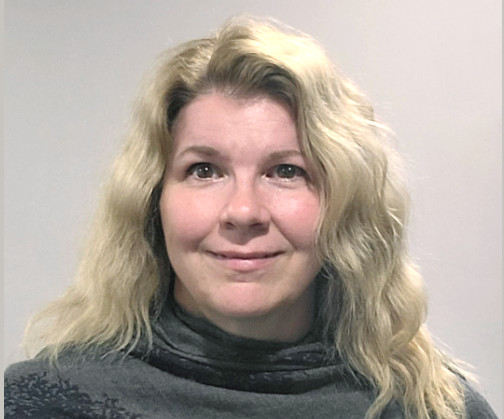 Jana Taylor is a professional content creator and designer for Smart Marketing.   She has been doing graphic design and marketing work since 2015, working across a broad array of industries but most often finds herself in the health and wellness space for companies such as Bold Botanica, All Care, Clear Probiotics, Energique, and Infographed.  She has been a contributing writer for Get Out of the Muck, Liddell Laboratories, and Peaceful Mountain.  Her passion is challenging herself to learn new skills to broaden her insight and effectiveness, ultimately giving her a well-rounded perspective on different facets of content marketing.

She volunteers locally in her community, being on the board for the C.U.B.S. PTO group as treasurer, she also does pro bono marketing and graphic design work for the Applefest Committee/Mainstreet Woodbine.

Jana loves to travel.  She and her family have visited all 50 states and is looking forward to conquering the rest of the world.

But enough about us.  We want to hear about you.  Contact us today to discuss your needs for your business … and how we can do for you what we’ve done for so many businesses and organizations throughout the country.
Hire Us