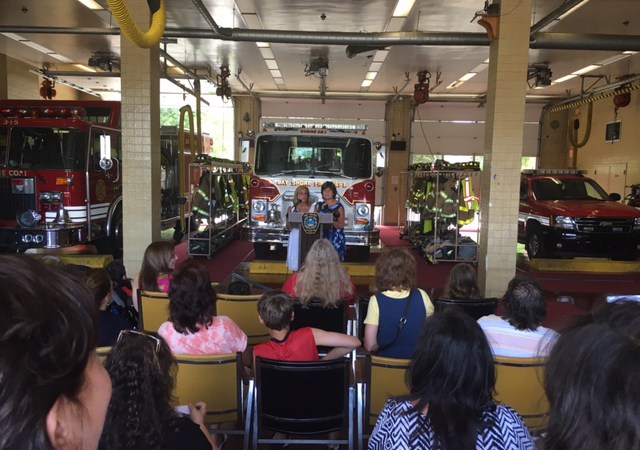 It is the job of first responders to get everyone to safety in an emergency, but there is an extra challenge in a home where there are children with disabilities.

But now in Bay Shore, Long Island, there is a new way to keep those children safe.

Kimberly Sennes’ daughter, McKenzie, has nonverbal autism. She communicates by pressing buttons on an iPad.

Normally, it is a pretty good system. But in an emergency, not so much.

“It doesn’t matter who’s walking through the door,” Sennes said. “She doesn’t understand what to do in an emergency. She’d be completely unprepared and unpredictable.”

Sennes knew there had to be a solution, and with the help of other mothers, she found one.

A simple registry would do the trick, so that in any crisis, first responders would know exactly what homes in Bay Shore needed special attention.

“We do have all this technology available to us, so this should just be another instrument that we use in a situation like this to just make us all a stronger, healthier community,” said Dana DeRuvo Hanner, co-founder of the Special Moms Network.

“Because they are unpredictable,” said Gloria Costello, a special needs parent. “They could be totally thrilled to see the fireman or the policeman, or they could be frightened or they could be hiding or you know, try to escape.”

Parents can fill out a form, available on the Special Moms Network website, and send it in to the Bay Shore police or fire department.

Sennes said the program could go statewide. But right now, she is happy knowing that even though her little McKenzie can’t talk, she should be safe.

The Bay Shore Fire Department said they already have a similar program in place. The new registry would expand on it, making the information available to all emergency responders.